Sew What? Inc was delighted to be approached by Joe Feczko of Event Technology – Chicago to be a vendor for the 2017 Ronald McDonald House Charities event.  The event, produced by Real World Productions, featured a formal black-tie theme, and old school Hollywood glamour, and custom arched trusses dressed the stage.

After reviewing a variety of different flame-retardant textiles, our Silver Illusion was selected as the perfect fabric. This Inherently Flame Retardant polyester cloth was the perfect choice for a variety of reasons.  This soft and drapeable cloth lights beautifully, has reflective qualities giving a shimmery effect, and the dual toned thread of this cloth offers both low-lights and high-tones from the audience perspective. 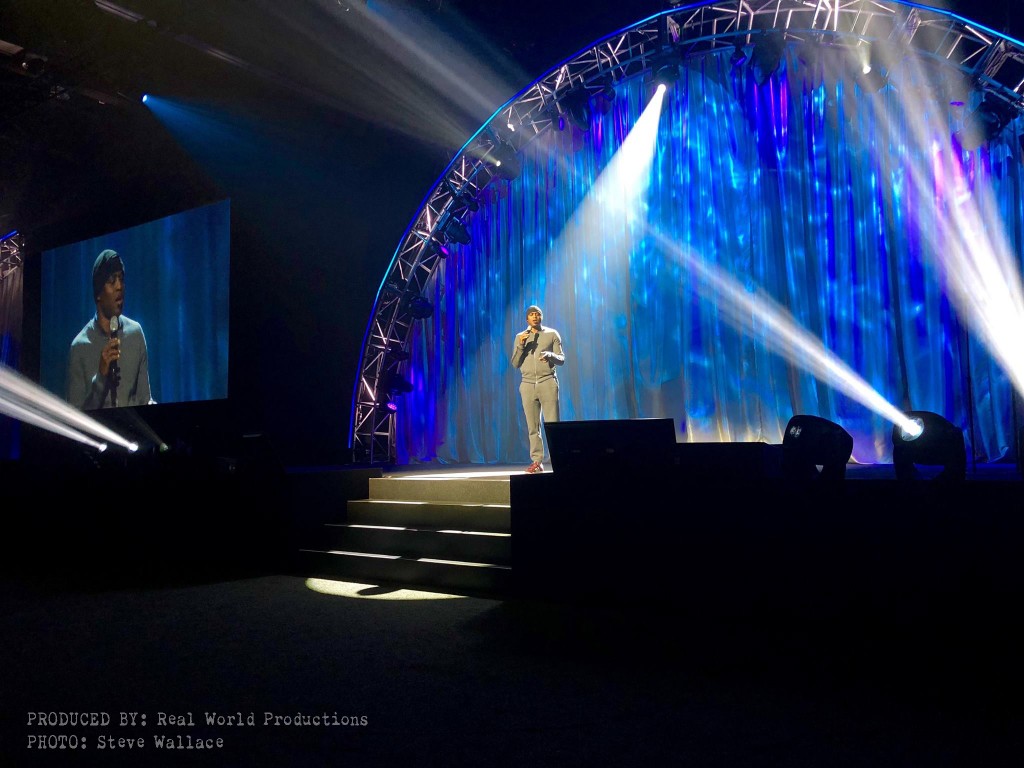 It is always quite a challenge to cut a curved top into heavily pleated drapery – however, the staff at Sew What? Inc stepped up to the plate and drafted a perfect pattern so that the large Illusion draperies fit perfectly into the custom curved truss. Webbing and grommets were installed into the top of the drape to allow a snug fit, and the completed scene was quite spectacular – the silver Sew What? drapery certainly offered the perfect backdrop for the awards ceremony.

We would like to congratulate Dr. Chowdhury, as “American non-profit Ronald McDonald House Charities nominated Dr Mushtaque Raza Chowdhury, Vice Chairperson of BRAC, for its ‘Medical Award of Excellence 2017’ along with a grant of USD 100,000. The award was given in recognition of Dr Chowdhury’s outstanding contributions in the field of primary health care and community-based education across developing countries. The ceremony was held on 11th November, 2017, in Illinois, U.S.” For more details about this event and to read the full press release visit newshour.online. 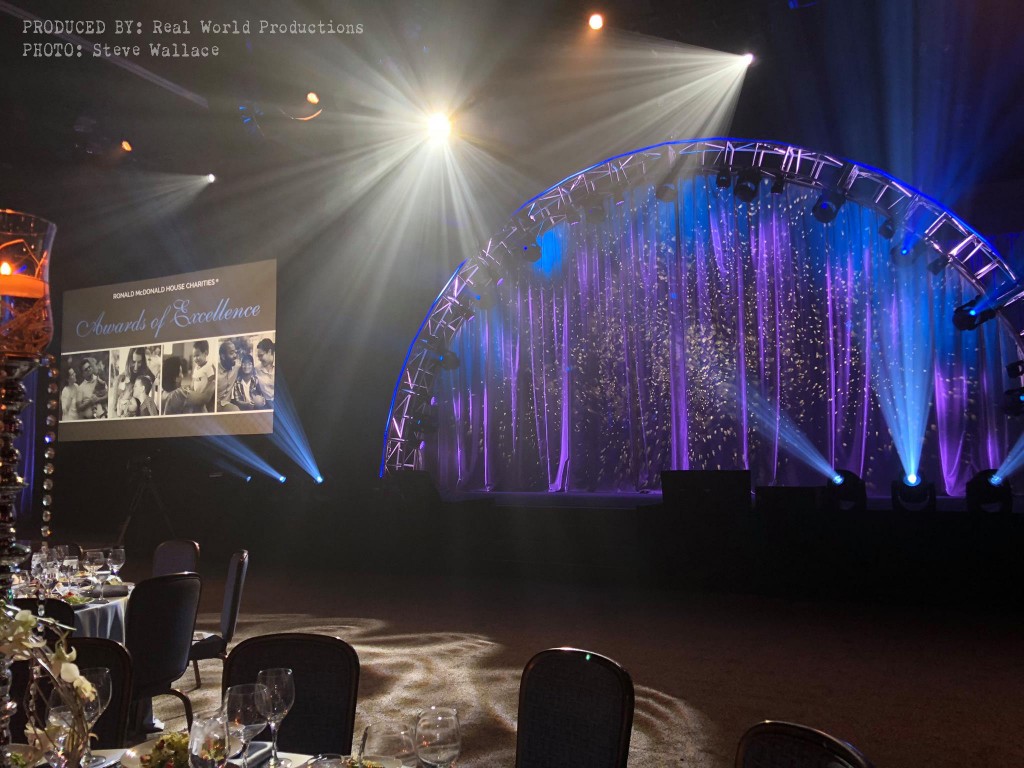 About Sew What? Inc

Sew What? Inc., located in Rancho Dominguez, California, is a well-known stage and theatrical drapery manufacturer known for its dramatic theatrical drapes and fabrics used in major rock concerts, top fashion shows and other artistic staged venues. Their drapes have dressed the stages of Miley Cyrus, Carrie Underwood, Madonna, and Rod Stewart to name a few. The company has received numerous awards for innovation, including the Dell/NFIB Small Business Excellence Award, and was featured on the 1000th cover of Rolling Stone. For information, contact Sew What? Inc. at (310) 639-6000, or email inquiries@sewwhatinc.com.