Sew What? Inc, a California stage drapery manufacturer, is working again with the punk rock band, Green Day in producing custom stage drapes for their 2016-17 Revolution Radio Tour. Formed in 1986, the American band has won 5 Grammy Awards, and sold over 85 million records worldwide. It was inducted into the Rock and Roll Hall of Fame in 2015.

Sew What? president, Megan Duckett reports, “Needless to say, we are very excited to have been invited to work with a fantastic band like Green Day again. It’s also a treat to work on a project that will have mid-show drapery changes, which lends an ongoing visual impact to their audiences.”

The current tour features several different drapery elements supplied by Sew What?, including a kabuki drape, a dual set of banners that together comprise a backdrop, and a massive black masking drape. Each of the textiles supplies a different look and stimulating visual effects for the show.

The kabuki drape backdrop features a giant digitally printed “BOOM BOX design,” and was crafted for the main stage.  The 60 feet wide piece was digitally printed onto FR Crystal Poplin, given the fabric’s light weight, durability and color saturation.  The material, chosen among many stage curtain fabrics available, packs into a small storage vessel – an important factor for a touring show. 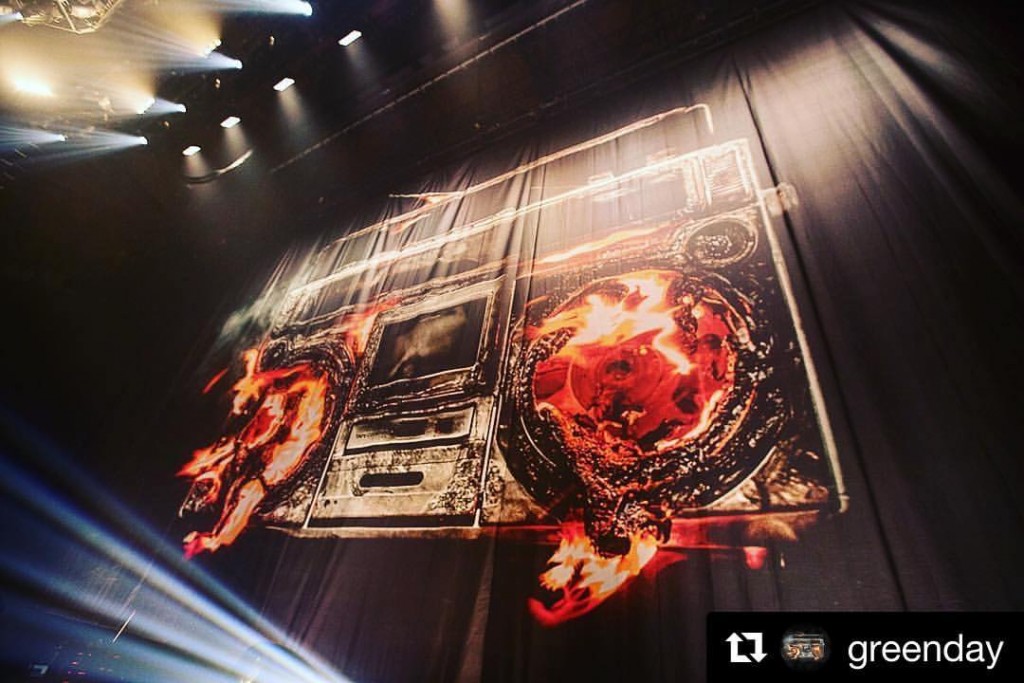 The kabuki drape’s deployment during the show is accomplished using a set of solenoids supplied by Sew What?’s sister company, Rent What? Inc. The solenoid heads allow the drape to be released from the air with the press of a button.

Two custom backdrop sets comprise another stage element, with a selection of red and blue banners (7 banners per backdrop set). They are hung and dropped by solenoids to run down aircraft cables and land on the floor securely behind the band. 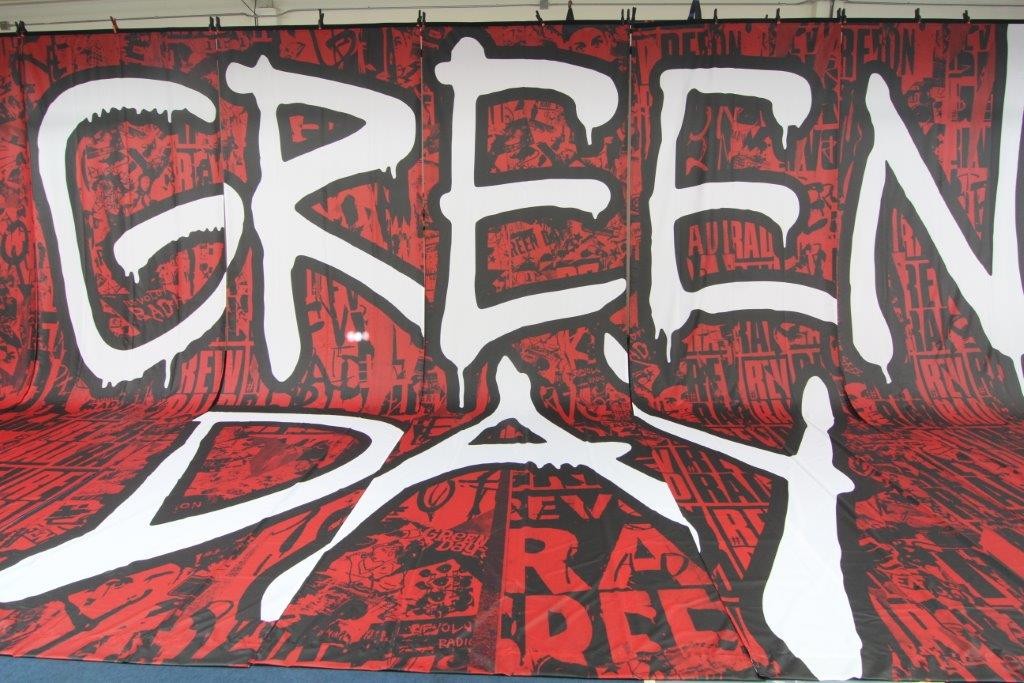 Lastly, a massive black Rip Stop masking drapery package has been produced for the Green Day tour as well.  The lightweight, water resistant, durable textile is popular as a rock n roll “go to” fabric for masking drapes in the big arena shows.

To view photos of Green Day’s stage drapes, as well as examples of other band’s drapery designs, visit the Sew What? / Rent What? flickr galleries .