Did you know that Sew What? Inc created the custom sewn backdrop with applique pentagram for rock heavyweights Motley Crue, and their Final Tour?  In this concert backdrop we see a traditional theatrical Sharkstooth Scrim is used for the main backdrop cloth. Then a digitally printed applique element is painstakingly pinned, sewn and then trimmed away to reveal the opaque on sheer pentagram for use on the Motley Crue Final Tour. 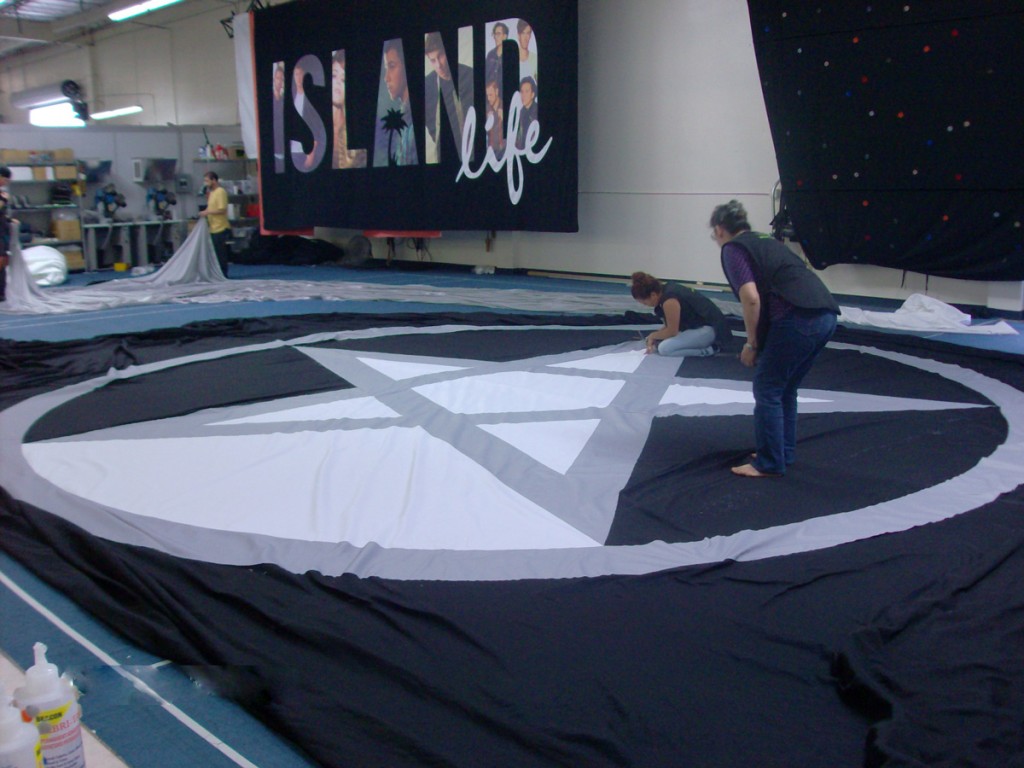 What makes this type of stage drapery unique is that the various layers supply a variety of special effects when the piece is hung and lit appropriately.  The Sharkstooth Scrim is a very traditional textile that has been used for opera and ballet installations into theatres for many years.  Sharkstooth scrim is available both in 100% cotton and also now in an Inherently Flame Retardant polyester version.  This makes it even stronger and more reliable for the touring marketplace. Scrim is best known for its “magical” property which allows it to be front lit and appear opaque, or when the front lighting is removed and the items behind it are lit it then appears transparent.

See the transformation and creation of this special order backdrop as it is crafted right here in our facility:

The 2015 leg of the Motley’s Final Tour included shows all across the globe. By the end of the tour, The Final Tour visited an impressive 5 continents (North America, South America, Europe, Australia and Asia) for a total of more than 164 shows. Durability is needless to say…. extremely important. We selected a 3 thread scrim for this project, and utilized heavy knit for the digitally printed element as it is both durable and wrinkle resistant. This piece was hung in front of a massive pyrotechnic effect. The effect was revealed when the front lighting was removed from the Sharkstooth Scrim.  WOW! 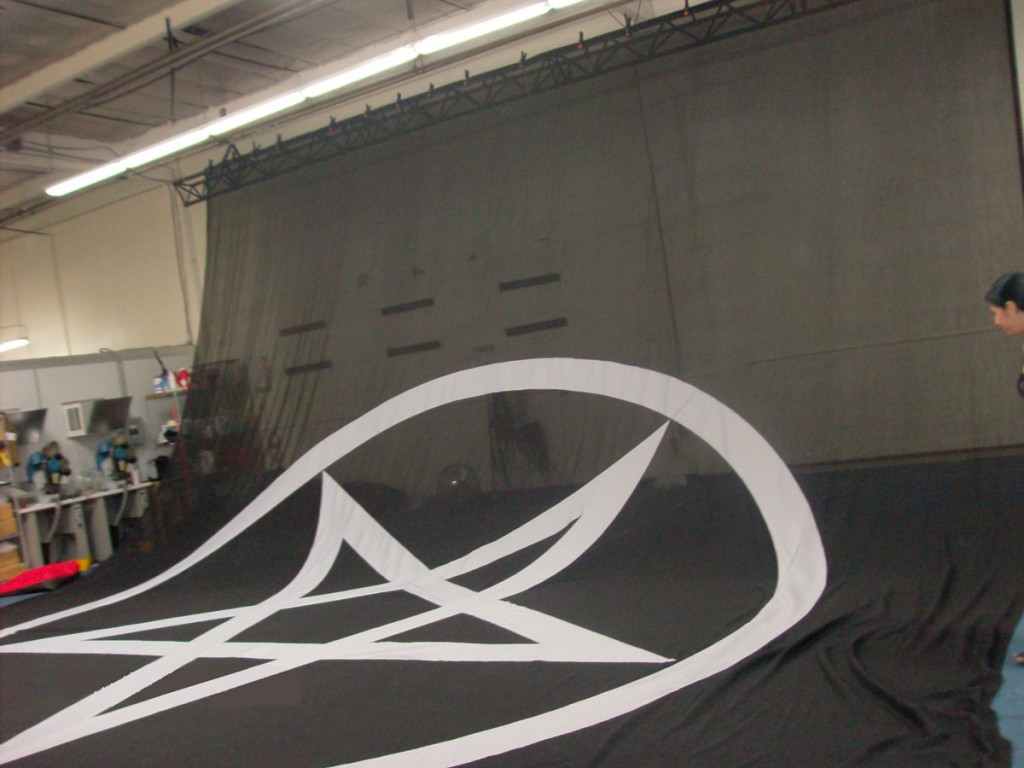 Wondering who made the rocking soundtrack for the video? Our featured artist, Brainspoon, is a rock ‘n’ roll punk band based in Los Angeles, California. A staple of the Downtown Los Angeles rock scene, the band has earned a solid reputation with its blistering live show and catchy songs.
Brainspoon’s music has been played on “Livation” on KXLU Los Angeles, KUKQ in Phoenix, and KKZZ in Ventura, as well as on Goldie’s Garage on Sirius/XM satellite radio. The band has been featured in Sparkplug Magazine, the Ventura County Star, and the VC Reporter.