That not all sewing is equal…

Home/Authors, Company, Projects/That not all sewing is equal…
Previous Next

That not all sewing is equal…

That not all sewing is equal – and knowing how to sew doesn’t mean you can sew everything.

Over the years I admit to having taken on sewing projects that, on the surface seemed completely feasible – but then once I got further into the task at hand it became apparent while I knew well enough how to sew, that I couldn’t in fact “sew that.”

Fun to look back and reflect on the challenges that I conquered – and those that are now just stitch-in-time memories.

Well, there were those Power Ranger costumes back in the very early ‘90s.’ An entire set of three in fact for a family that was really feeling the Halloween spirit.  These were the formative years in terms of sewing.  91-92-93.  Everything was new.  Nothing had been tried before. All fabrics were approached is if they were equal. This required that I seek out stretch fabrics in bright costume colors and then with the aid of a store bought costume pattern I had to figure out how to “resize” to fit all.  No – one size does not fit all.  And adding an inch here – well let’s just say I did not get all the inches in all the right places.  I made my Halloween deadline – and I think I also made about .40c per hour by the time all was said and done.  But I did learn some stretch fabric sewing skills, as well as some pattern theory lessons. I concluded that “clothes weren’t really my thing” and moved quickly onto coffins. (This is where the company name comes from – as upon request to line some coffins I asked … “You want me to sew what??????”. 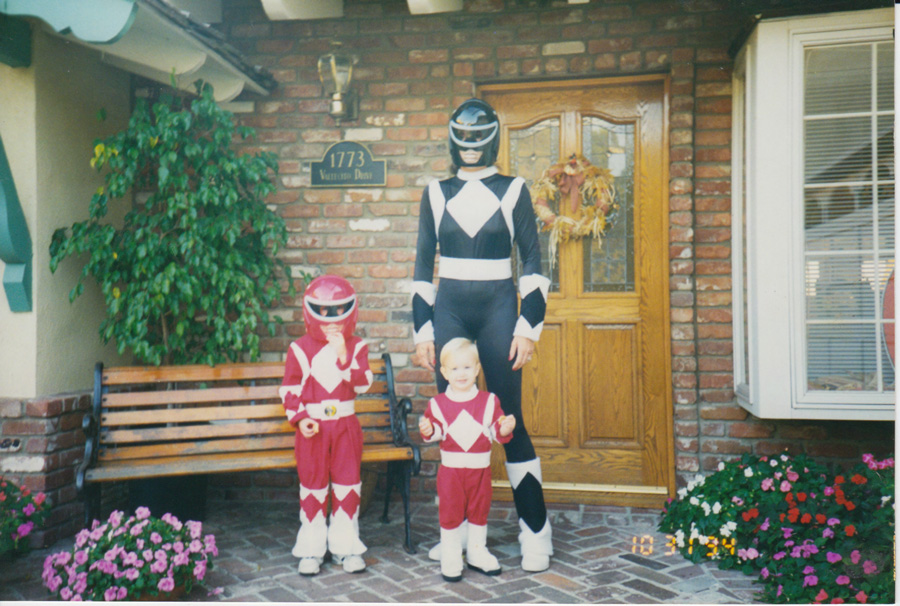 Jump forward a year – these coffins took a different type of approach.  Sewing, yes.  Fabric, yes. Foam and padding, yes. Staples, ouch yes. Glue, indeed very messy.  And voila – there I was, now an upholsterer! Not so many curves here – straight lines, pinch pleats, padding and figuring out how to get it to all stay in place in a durable way.  Not so durable that a body would go in there….. no, these were for Halloween Candy and Novelty displays.  I sat in, on, under and on many occasion, was heard dropping some choice words as the challenge of using glue and staples proved to be messier and harder that I had thought it might be.  Heavy velvets and dupioni silks, woven brocades and pattern matching to boot.  10 coffins, $100 dollars apiece, less supplies.  Good news, it wasn’t a loss so at the very least I was finally moving in the right direction.  Each coffin taking an 8 hour day I was happy to step away feeling like I had some confidence in these heavier household materials than I had with the garment materials just a year earlier. 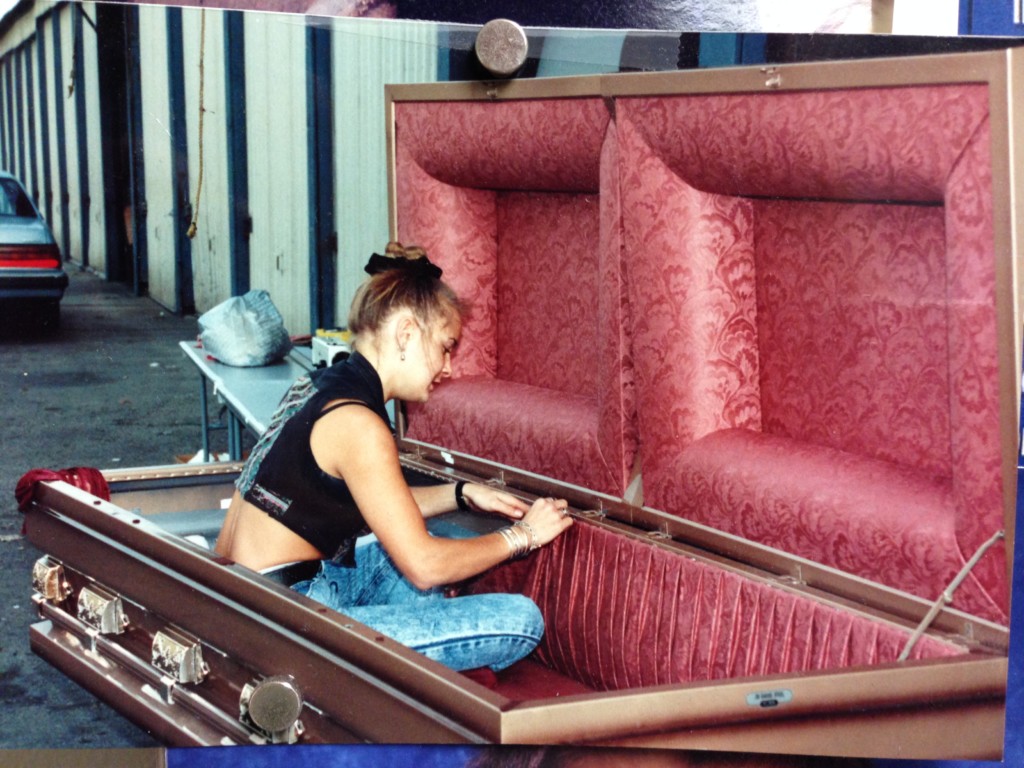 Word spread (slowly) that I could sew.  Soon it was some stage skirting for riser decks, followed by some window drapes, and a set of baby crib bumpers and duvet to boot.   Some big mistakes were made in this learning time phase – such as trying my hand (again) at some garments and also making residential style window dressings – let me tell you THAT was a bad move.

After we incorporated the business, we grew in the direction of the sewing skills that I had which I was most likely “not” to make mistakes on.  All the while trying our hand where risk permitted at some new and unique items.  Table Linens, Party Chair Covers, Cloth Napkins, Barricade Covers, Costumes for Cruise Ships, Residential Window Coverings, Load Bearing Truck Tarps, Antimicrobial Shower Curtains in ridiculous volumes……… are all items that we have tried our hand at and graciously stepped away from after learning our lesson….  “not our sewing skills”. 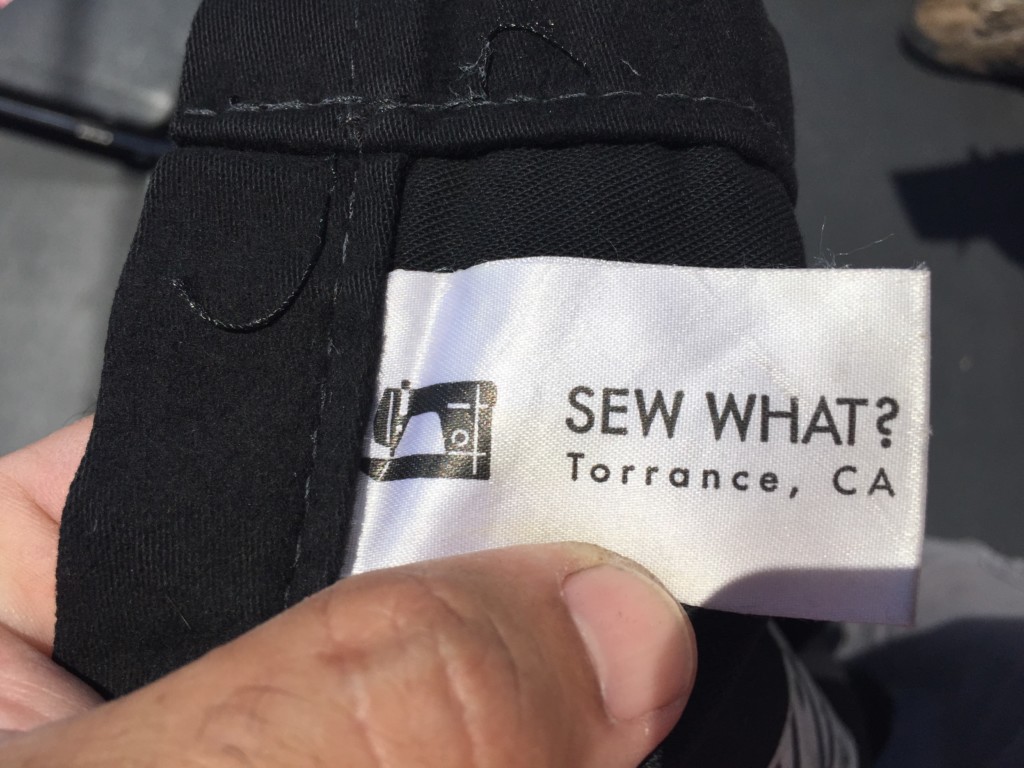 So, after 20 years I did recently circle back and decide to try my hand at making some garments, and it has been fun to see that while it still isn’t my strong point, that I have come a long way in all these years and those sewing lessons learned allowed me to at the very least make some items that I am prepared to wear in public. Proudly I present some leather biker pants a la rock star style…. I loved it that I was able to wear something that I made when performing this past summer at the Redondo Beach Lobster Festival. 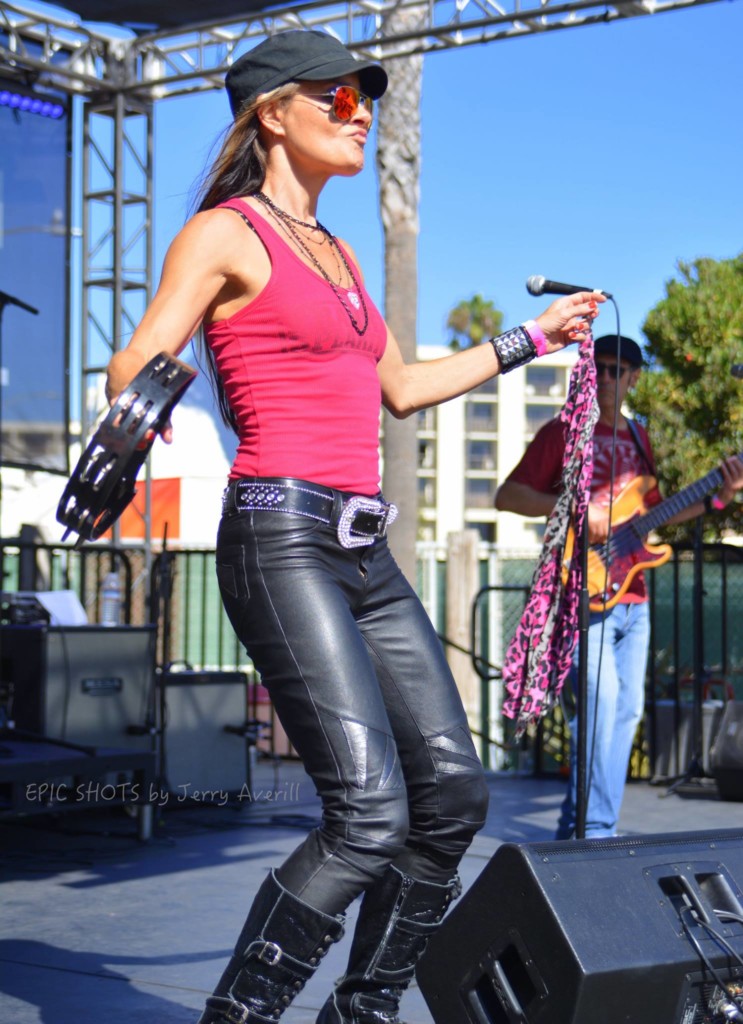 At any rate – Custom Backdrops, Cycs, Scrims, Main Stage Theater Drapes, Borders, Teasers, Legs and Tormentors, Masking Curtains ……….  That is a sewing list that that will induce the “Sew This!”