Check out this CUSTOM mixed media BACKDROP that we produced for GARBAGE. Digitally printed in house on our very own 10 foot wide Vutek printer – and then custom sewn and crafted hot pink mylar sparkle cloth appliqued to the piece in all the right places. WOW! totally cool – search for the band online and see lots of audience videos with this specialty drape. 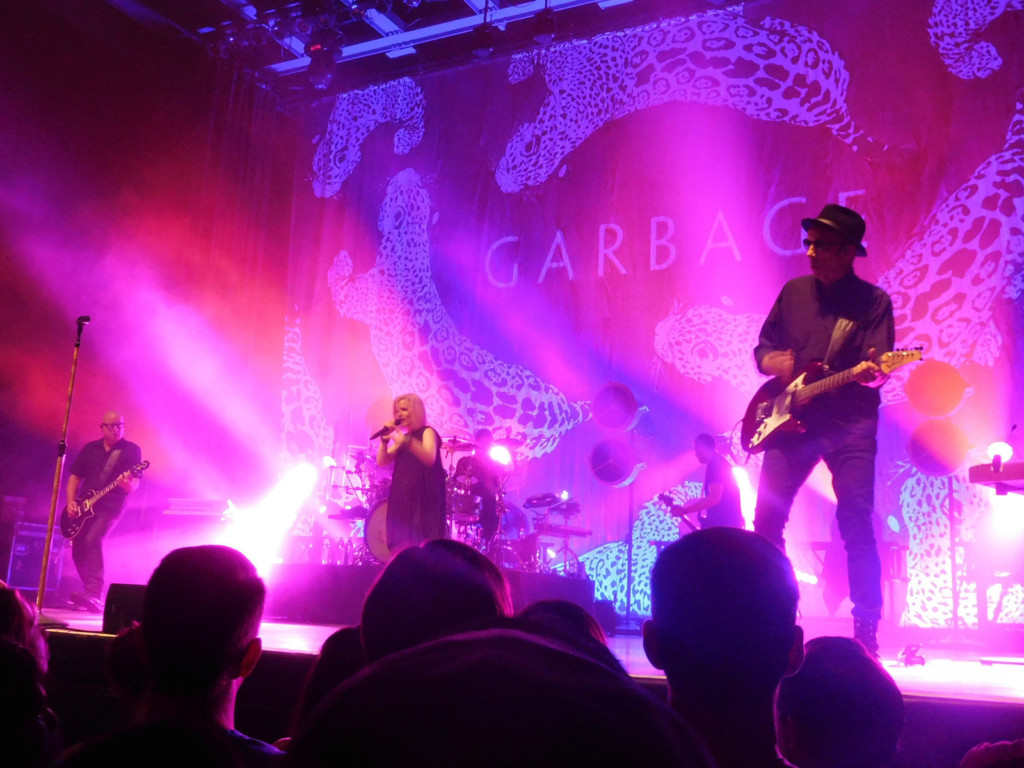 ABOUT OUR FEATURED MUSICIANS:

Brainspoon is a rock ‘n’ roll punk band based in Los Angeles, California. A staple of the Downtown Los Angeles rock scene, the band has earned a solid reputation with its blistering live show and catchy songs.

Brainspoon’s music has been played on “Livation” on KXLU Los Angeles, KUKQ in Phoenix, and KKZZ in Ventura, as well as on Goldie’s Garage on Sirius/XM satellite radio. The band has been featured in Sparkplug Magazine, the Ventura County Star, and the VC Reporter. The band consist of Lead Vocals: Daphne Vandervalk, Guitar and Vocals: Michelle Balderrama, Bass: Tom Underhill, Drums: Chris Diez. Brainspoon can be reached at: https://www.facebook.com/Brainspoon/