In late December 2015, Tamara Felux from J. Berry Nursery came to us with an idea for a digitally printed backdrop to add punch to their booth at the upcoming TPIE: Tropical Plant Industry Exhibition, to be held in mid-January in Fort Lauderdale, FL.   The graphic she wanted to print featured a city skyline, and she thought that adding LED lights would really make the backdrop unique, but she wasn’t sure if her idea was possible, especially considering her limited budget and tight timeframe. 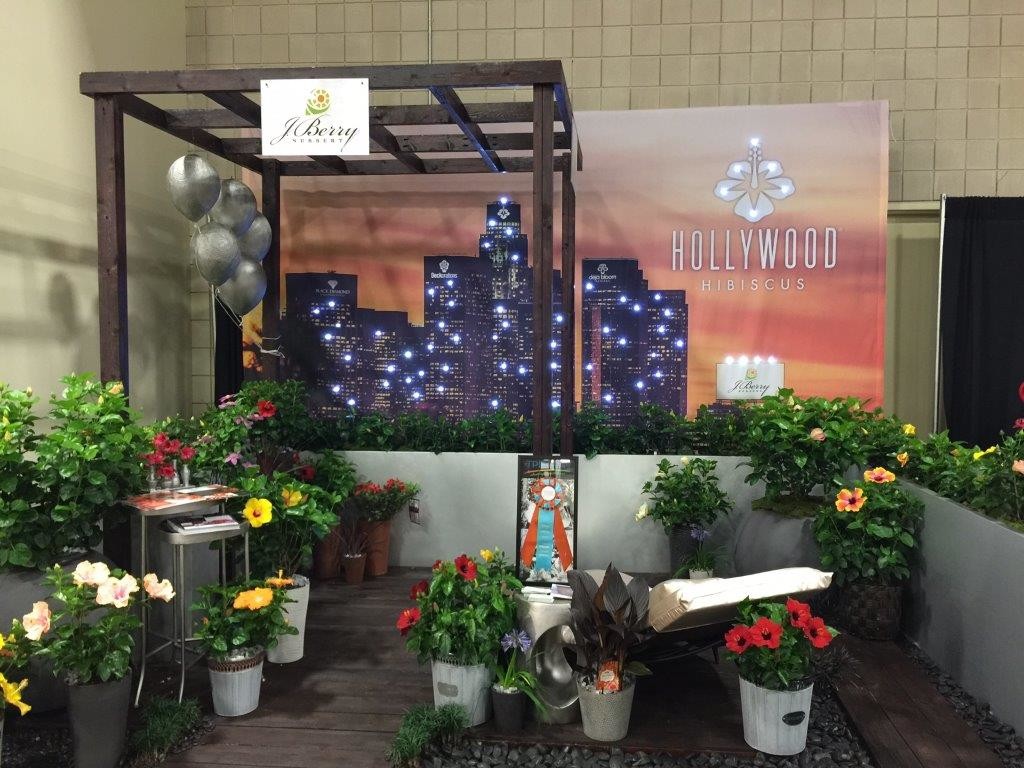 We knew we could do it, and so we worked with Tamara and her graphic artist to choose the right quantity and layout of LED lights to meet both their budgetary and artistic needs. Originally, they were planning on a simple “on or off” configuration.  When we started talking about lighting effects, they were thrilled with the idea of being able to do more without spending more, as the included controller allows for programming of a variety of effects, including light intensity, chase speed and patterns, and more.

With all the details nailed down, we got to work printing and sewing the backdrop and installing the Classic Bluish/White LED lights.  The finished piece was completed and received by Tamara in mid-January, less than three weeks after she initially contacted us.

Last week, we heard back from Tamara.  They used the backdrop at the TPIE show and were thrilled with how it made their booth stand out from the crowd.  The best part?  The J.Berry Nursery booth won First Place in the “10’ x 20’ Exhibitor” category! I’m not surprised – the entire booth does look great!