Since many of our customers are in the music touring industry, it is not unusual that they use our custom stage curtains or our rental LED backdrops in venues not only throughout the United States but throughout the world. One thing that needs to be considered is that there is no international standard regarding flame retardancy of stage drapery. 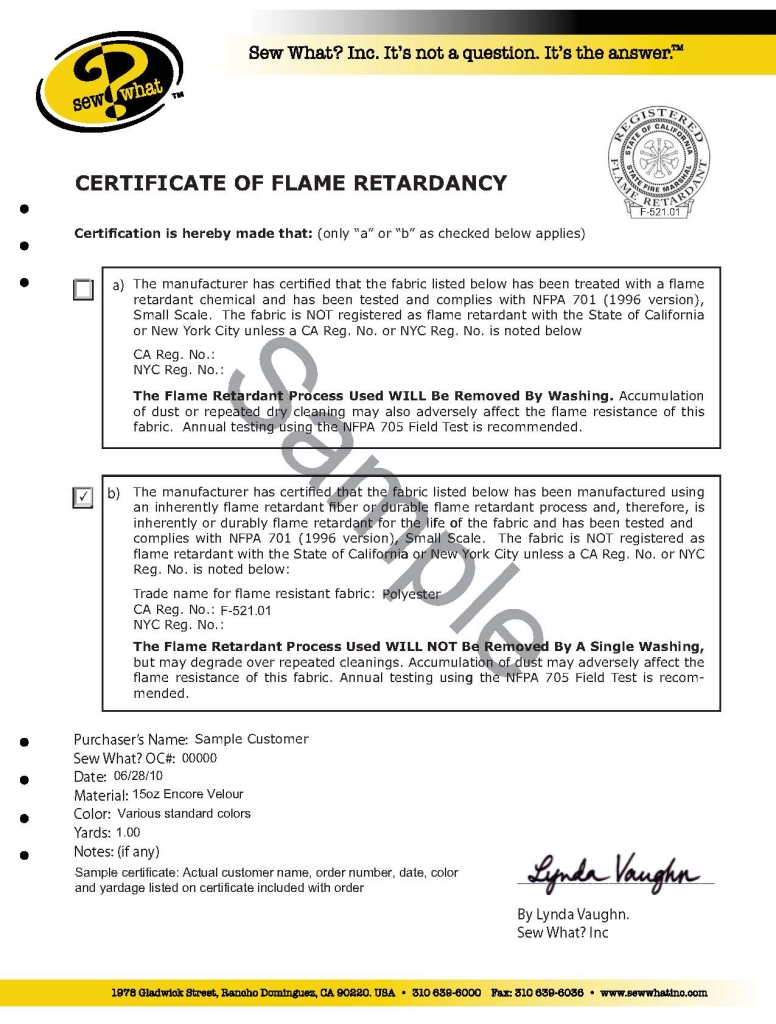 If you buy stage drapery – whether it is a custom band backdrop or an Austrian curtain or a masking drape – and plan to use it in multiple countries, it is important to become educated on flame retardancy requirements in the countries you will visit.  For example, a Certificate of Flame Retardancy to NPPA 701 (the U.S. national standard)  will not be accepted in Germany or the United Kingdom, just as certification to Germany’s B1 standard or the UK’s 5867-2 standard would not be accepted in the United States.

Because there are so many different standards throughout the world, it is rare for a fabric mill or drapery supplier to provide flame retardancy certification for any countries other than their own.  There are a exceptions (for example, here at Sew What?, we are able to provide UK and/or German certificates and lab test results for a few of our most common touring fabrics), but generally, certification is provided only for the standards of the country in which the fabric mill or drapery supplier is located.

That doesn’t mean you have to buy new drapery in every country you visit! It just means that you need to be prepared.  Talk to venue managers or promoters in each country.  Find out what the process is to get your drapery approved for use (in advance if possible).  You may be able to have a small burn sample tested on site, or you may need to send a sample in advance for approval. Whatever the case, it is always better to know in advance what the steps are so that you aren’t surprised the day of the show!

Want to learn more?  Check out our pdf document “Flame Retardancy Regulations Throughout the World.”