Linens and Lace Make a Stunning Backdrop for Colbie Caillat

Linens and Lace Make a Stunning Backdrop for Colbie Caillat

A few months ago, we were contacted by production designers for Grammy-winning pop singer/songwriter/guitarist Colbie Caillat.  The design brief?  A large scale stage backdrop based on an inspirational Instagram photo of a small lace patchwork design.  The first option that was considered was to digitally print a lace patchwork design, but though the test prints were beautiful, none were quite what the designers or Ms. Caillat were looking for.  They wanted something much closer in appearance and texture to the piece shown in the inspirational photo.

The solution?  Using White Poly Muslin as the backing, create a Mixed Media Backdrop with an actual patchwork design using a variety of table linens and lace.

The challenges?  There were several. The first was to source materials. As lace and linens are not commonly used in theatrical stage drapery, we had to look beyond our usual suppliers offering flame retardant drapery fabrics and instead focus on suppliers to the residential drapery, linen, and apparel markets. In addition to the visual requirements, we also needed to ensure that we selected only materials that could be successfully treated for flame retardancy.

Another challenge was to create a design template with that “designed randomness” of a patchwork design, making sure to clearly indicate the size and placement of each of the various applique materials.  This gave our sewing team the information they needed to painstakingly place all of the pieces of material onto the backing exactly as indicated on the template and then pin each piece into place.  With so many different materials in a variety of sizes, from small to large, just the pinning the materials into place and then sewing each piece onto the backing took hours. 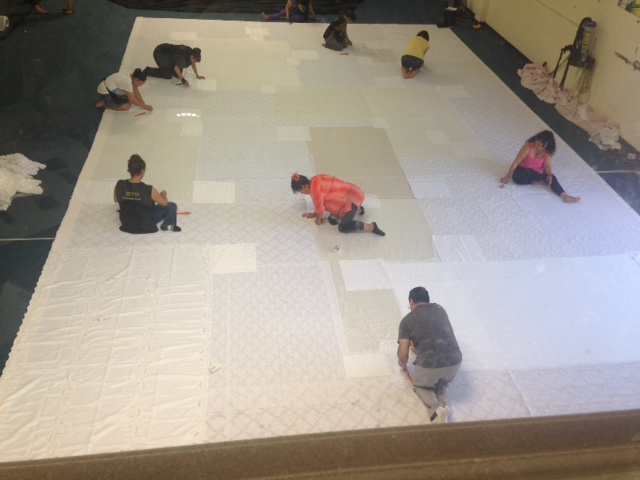 In the end, the result is a beautiful unique Mixed Media Backdrop that really achieves a “Wow!” effect.  Based on the feedback we received, our clients felt the same, and that is the greatest compliment we can receive. 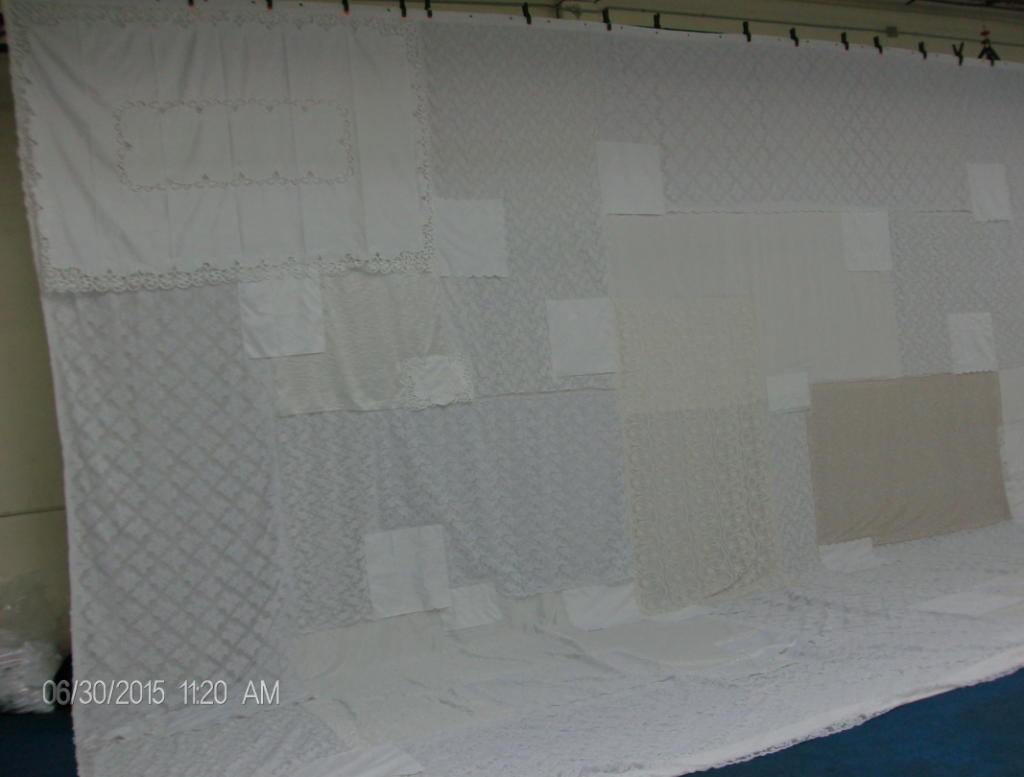