Black and White Stripes Make a Dramatic Backdrop for Juanes

Home/Products, Projects/Black and White Stripes Make a Dramatic Backdrop for Juanes
Previous Next

Black and White Stripes Make a Dramatic Backdrop for Juanes

Recently we were contacted to create a set of two unique backdrops for the tour of Latin Grammy award-winning artist Juanes.  The client’s designer sent us several renderings depicting variegated black and white diagonal stripes and asked us to suggest ways to achieve the effect with fabric. We offered several options, including digitally printed and mixed media options, and talked through the options with the client, who then selected a mixed media option which combined black fabric backdrops with appliqued white fabric diagonal stripes.

After considering several ways to approach this project, our talented sewing staff got to work by making two flat backdrops from Black IFR 22oz Encore. Then on the face of the sewn Black Encore backdrops, they laid lengths of White FR Heavy Knit.  Though Heavy Knit is typically used as a substrate for digitally printed backdrops, in this case it was selected to be used in its unprinted state due to its width (10′ wide), knit construction (which minimizes wrinkling), and bright white color.

Then came the tricky part.  Utilizing tape measures and painters tape, our sewing crew painstakingly recreated the variegated stripe pattern onto the White Heavy Knit and pinned the sections into place on the face of the Black Encore backdrops. 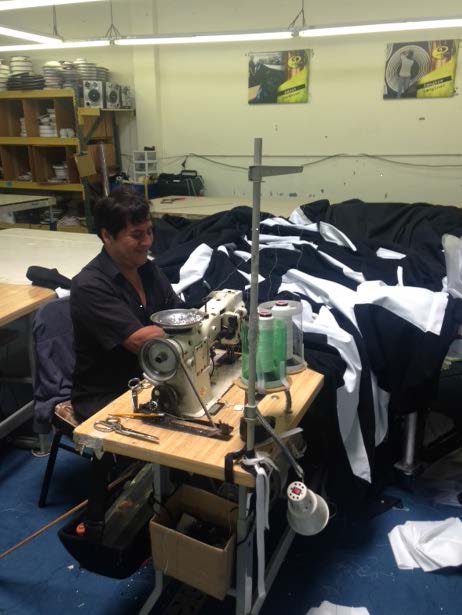 The next step was to sew the Heavy Knit stripes onto the Black 22oz Encore backdrops, using the painters tape as a guide by sewing just inside each length of tape to create each appliqued white stripe.

The final step was to lay the appliqued backdrops onto our manufacturing floor, where several members of our sewing staff carefully cut away the excess White Heavy Knit from the face of the backdrop (making sure not to accidentally cut the Black Encore as well), thus revealing the finished black and white stripe pattern. 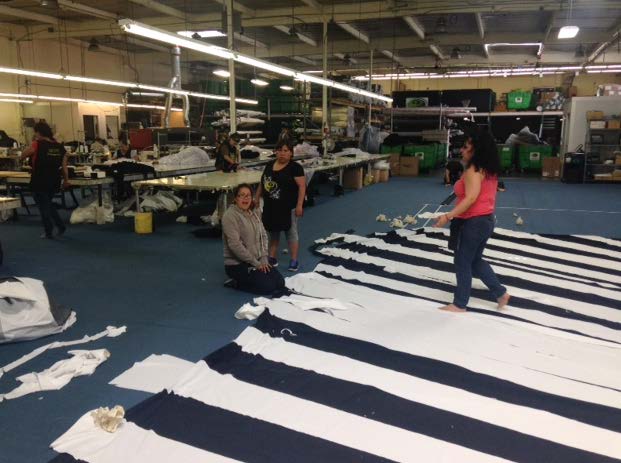 This was certainly a challenging project, but as usual, our sewing staff rose to the challenge, and I think the finished project shows what a great job they did.  The finished backdrops looked great hanging in our manufacturing facility, but what is really fantastic is seeing how incredible they look live on stage with Juanes! 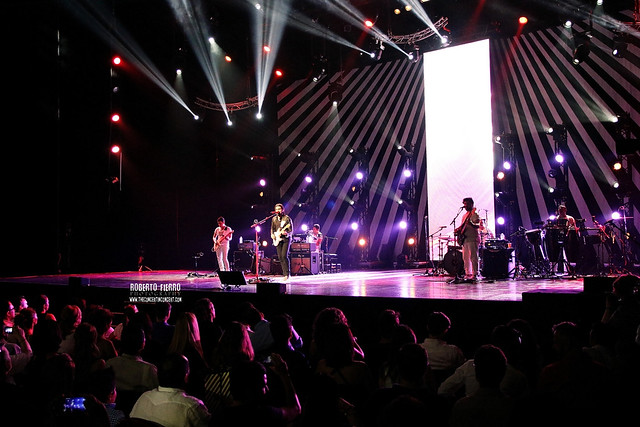