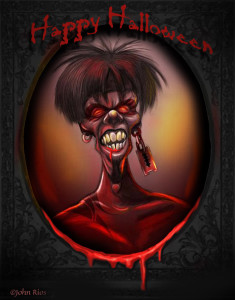 In part 10 of my ongoing series on Sew What? clients in the recording industry, I focus on Stevie Nicks.  Stevie has had a long and legendary career, both as a solo artist and as a member of Fleetwood Mac.  As a matter of fact, she is currently on tour as a solo artist.

Stephanie “Stevie” Nicks was born in 1948 in Phoenix, AZ, and raised in a variety of cities in the Western United States.  She first began singing at age four, singing duets along with her grandfather, and by the time she was a teenager, she had written her first song and was a member of a band.

Stevie and Lindsey Buckingham first met while Stevie was a senior in high school, but it was a few years later that Lindsey asked Stevie to join in the band “Fritz.”  Stevie and Buckingham became romantically involved, and the two formed the duo “Buckingham Nicks” after Fritz disbanded in 1972.  Buckingham Nicks, unfortunately, struggled to find an audience, and sales of their first album were lackluster, causing Polydor Records to drop them from the label.

In 1981, Stevie began pursuing a solo career in addition to her work with Fleetwood Mac (though she remained with the band).  Her first solo album, Bella Donna, released in 1981, hit # 1 on Billboard and went on to sell 8 million copies, and she has followed it up with an additional six solo albums since.   In 1990, after a dispute with Mick Fleetwood, Stevie left the band, and focused entirely on her solo career (though she did reunite with the band from time to time for special events, including the Clinton Inauguration).

In 1997, Stevie rejoined Fleetwood Mac at the instigation of Lindsey Buckingham (who had left Fleetwood Mac in 1987), and since then she has again combined solo work with band work.  She has toured in recent years with the Fleetwood Mac and as a solo artist.  Her 2011 U.S. tour ended in Las Vegas a couple of weeks ago, with plans to tour Australia shortly.

Sew What? is proud to have a long relationship with both Stevie Nicks and Fleetwood Mac and to have provided custom stage curtains to both throughout the years.

A couple of years ago, we did an original illustration of  Ted Nugent as Uncle Sam for tour backdrop. The advantage of creating an illustration from the ground up in the largest possible usable form is afterward he was able to use the art to extend the value of his investment. That same illustration was used on his tour merchandise as well as the cover of a book he wrote and on promotional materials.

I’ve seen this done a few times. When original digital art has enough data and is built right it can be used in many applications as a tool to promote your business and generate funds for you.

The Fourth Year of Rent What?

We’re so very excited to be in the midst of our fourth year of business here at Rent What?, and are even MORE excited at how great the company is doing! Getting to provide drape rentals for major tours and concerts, and helping our clients conceive their visions for these events, is something we have always enjoyed. But lately, we are providing a LOT more than “just drapes” for many different types of events. We are able to help create the overall feel of almost any event that crosses our path. We aren’t just all about Rock and Roll anymore!

Rent What? has expanded our inventory to not just include, but to now also specialize in, everything from our wide variety of Flame Retardant Drapery, Kabuki Drops/Solenoid Systems, Traveller Track, Drapery Lift Systems, Pop-Up Portable Dressing Rooms, Pipe and Drape, and Shadowboxes. This incredible diversity has grabbed the attention of those outside the rock and roll touring industry that has been our “bread and butter” so far. With our expanding inventory, our clientele has also expanded, to include churches, schools (high school and universities), conventions, casinos, trade shows, community theatre, major television shows, and everything in between.

What I think sets us apart from our competition is having such a close relationship with our sister company Sew What?, who can help create any custom-made draping that our clients might have envisioned. With the combination of our ever-growing rental inventory, along with the custom-made soft goods that Sew What? can also create, our clients are able to get exactly what they dreamed for their event, at very competitive pricing.

This is an incredibly exciting time to be a part of the Rent What? team, and we know that with our continued “Extreme Service”, we will always continue to expand and grow to fit our growing clientele’s needs, too. 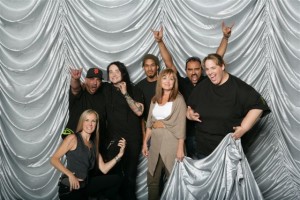 If you’ve ever wanted to get your logo reproduced on a backdrop, t shirt or vehicle wrap, chances are the graphic artist that was doing the layout asked you for a “Vector File” of your logo.

I could get into the technical aspects of what a vector file is but in the most understandable terms, think of a vector art file as a “wire frame” file of your logo. A wire frame will not fall apart and has structure, shape a form. That structure is the data that allows your logo to reproduce beautifully without falling apart. The most common file types are .eps and .ai files.

A couple of the best aspects of a vector file are the ability to assign spot or Pantone(tm) colors and the ability to reproduce your logo to any size, even the size of a football field, perfectly.