A couple of weeks ago, I posted about the “art” in a craft business.  Along those lines, I thought that this was a good time to tell you a little about Shane Nelsen, Sew What? Creative Director. 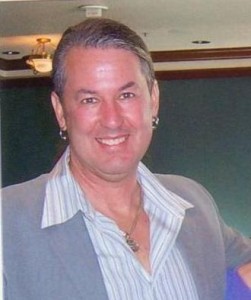 Shane’s association with the theatre and film began in his hometown of Salt Lake City, Utah, where he worked both as a model/actor and as a sound engineer, designer, and art director.  Upon moving to Southern California, he worked in the Entertainment and Special Events Department at Knott’s Berry Farm, where he designed sets and lighting for shows and concerts at the park, as well as working in the production, design, and art direction fields on the park’s annual Halloween Haunt.

Shane then ran his own business, Technical Entertainment Network (TEN), a production support group providing production design, art direction, lighting, sound, set construction and painting, staging and crewing for clients such as Dick Clark Productions and events such as the 1983 Olympic  Summer Games.  During this time, Shane also served as production designer, art director, and scenic artist for numerous film and television projects and rock videos, and worked as a lighting technician at the Irvine Meadows Amphitheater and Pacific Amphitheater..

In 1994, Shane transitioned into an emphasis on the special events industry, serving as Sales Director for Special Events and Corporate Event Design for Modern Display in Salt Lake City, and then as the primary Art Director and Project Manager for Party Planners West in Southern California, servicing client events including the 2004 Olympic Summer Games as well as numerous major sporting events, premier parties, and conventions.

Shane joined the Sew What? team in early 2005, serving as Senior Sales and Creative Director.  His extensive knowledge and expertise in design, production, and project manager makes him an invaluable resource to the company and our clients, whether the client is representing a major rock ‘n’ roll tour, a special event, or a traditional theatre.