One type of front curtain (also called “act curtain” or “grand drape” is a traveler curtain. The conventional action of a Draw or Traveler curtain is the drawing together of two curtain halves on two overlapping sections of track. This is called “bi-parting,” in which the two drapes meet in the middle of the stage with a slight overlap and then part to be stacked on either side of the stage.  Sometimes a one-way traveler is needed, which means that instead of coming from opposite sides of the stage, the curtain is drawn on stage from one side on a single long track.

Pleating and fullness can vary for a main stage traveler. 50% fullness would usually be the minimum amount of fullness desired, and up to 100% fullness can be seen in a very premium installation. Main stage traveler cutains are traditionally made in theatrical velour, either cotton or synthetic. A fabric lining can also be considered based on budget and need.

Here is an example of a pair of bi-parting traveler curtains in the open position: 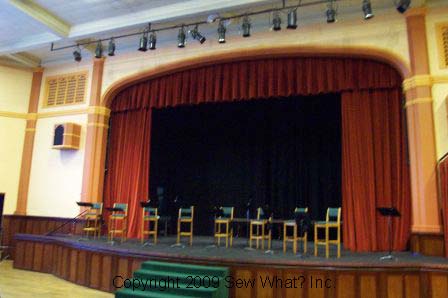 Here are the same curtains in the closed position. 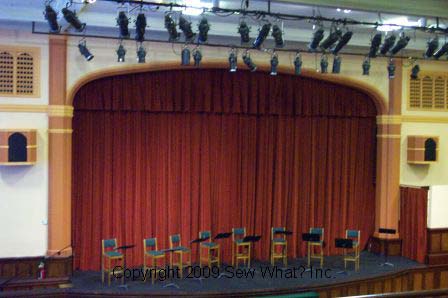