I thought I’d start a regular feature called “Focus On,” in which I’ll post information on the various types of stage curtains out there, as well as other related products.  Today I’ll start with the front curtain. 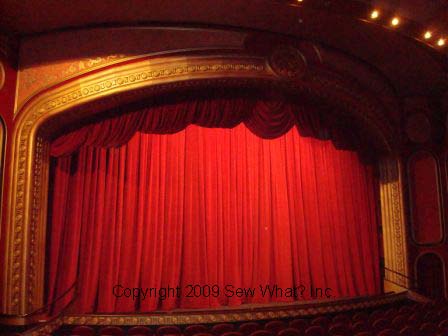 The front curtain – known also as the grand drape, act curtain or house curtain – hangs just upstage of the proscenium arch and is used to close the acting area from the audience’s view when the acting area is not supposed to be seen. The Grand Drape is typically part of the formal opening of a stage production – the house lights dim, the audience settles and the grand drape is removed from the scene revealing the stage and its contents behind.

The type of front curtain that a theatre or show decides to use is based on a number of factors, including whether there is fly space above or stacking space on the sides, as well as on the appearance that is desired.  I’ll discuss each of these types of front curtains in detail in future posts.