Austrian, Brail, and Contour Curtains operate in a very similar fashion and provide similar visual effects. However, these three drapery styles do have distinct differences, both visually and in the method of construction.

Austrian and Brail Curtains are generally used as Front Curtains (aka Main or Act Curtains), when theatre personnel would like to fly the Main Curtain but have little or no loft space.

When a traditional backdrop or curtain is flown into the loft, an amount of loft space in excess of the height of the curtain (plus the batten or whatever it is hung on) is required. For example, a curtain that is 20 feet high might require at least 21 or 22 feet of loft space, or even more, depending on the sight line of the audience. In the case of an Austrian or Brail, however, the drape gathers upon itself as it opens, requiring little space in the loft – when in the full open (raised) position, it can easily be hidden behind a proscenium or border, taking up very little loft space.

Through the use of a series of lift lines on the back of the curtain, the Austrian or Brail is raised and lowered, with the bottom of the curtain drawing up against itself as it makes its way to the top. Equal amounts of lift are given to all of the lift lines, so that the entire curtain raises and lowers in a smooth, fast, and even fashion.

What is the difference between an Austrian and a Brail? Both use the same lift line system, and both raise and lower in the same manner. The difference is in the fullness and how the drape appears in the lowered (closed) position. When in the down position, a Braille Curtain resembles a regular curtain with vertical fullness (appearing similar to a pleated traveler curtain). An Austrian, however, has additional horizontal fullness created by gathering the fabric along the vertical seams, creating a series of swags even when the drape is in the lowered position.

Typical fabric choices include theatrical satin and silky chiffon. Austrian and Braille Curtains required motorized rigging systems to allow the lift lines to be raised and lowered simultaneously in a quick and smooth fashion. However, if the appearance of an Austrian Curtain, with its lovely “smiles” of fullness, is desired, but the Austrian is intended to remain in the down position, a non-operable Austrian Curtain can be made. This Austrian can be rigged directly to a batten, and as such, a specialized motorized rigging system is not required. 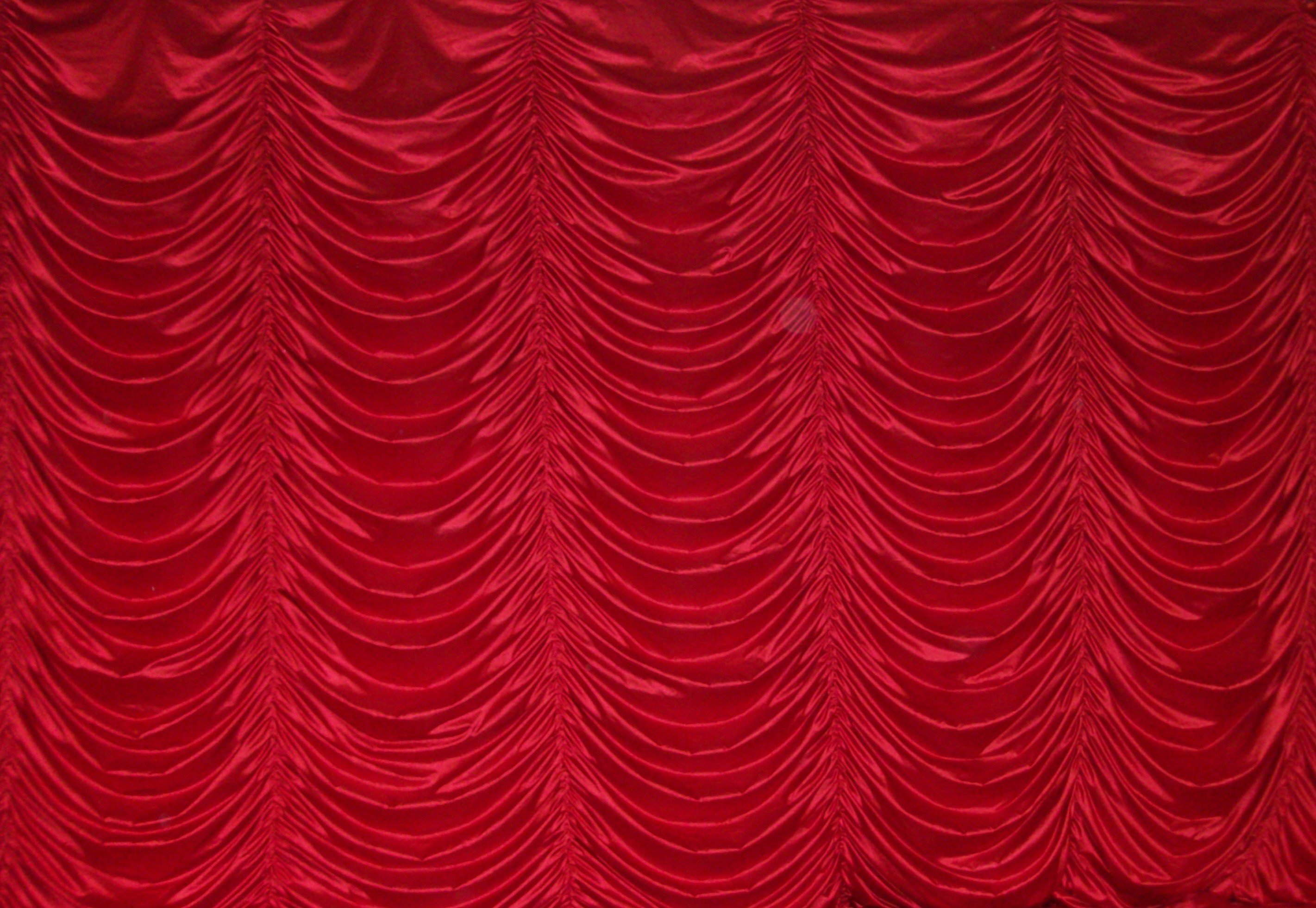 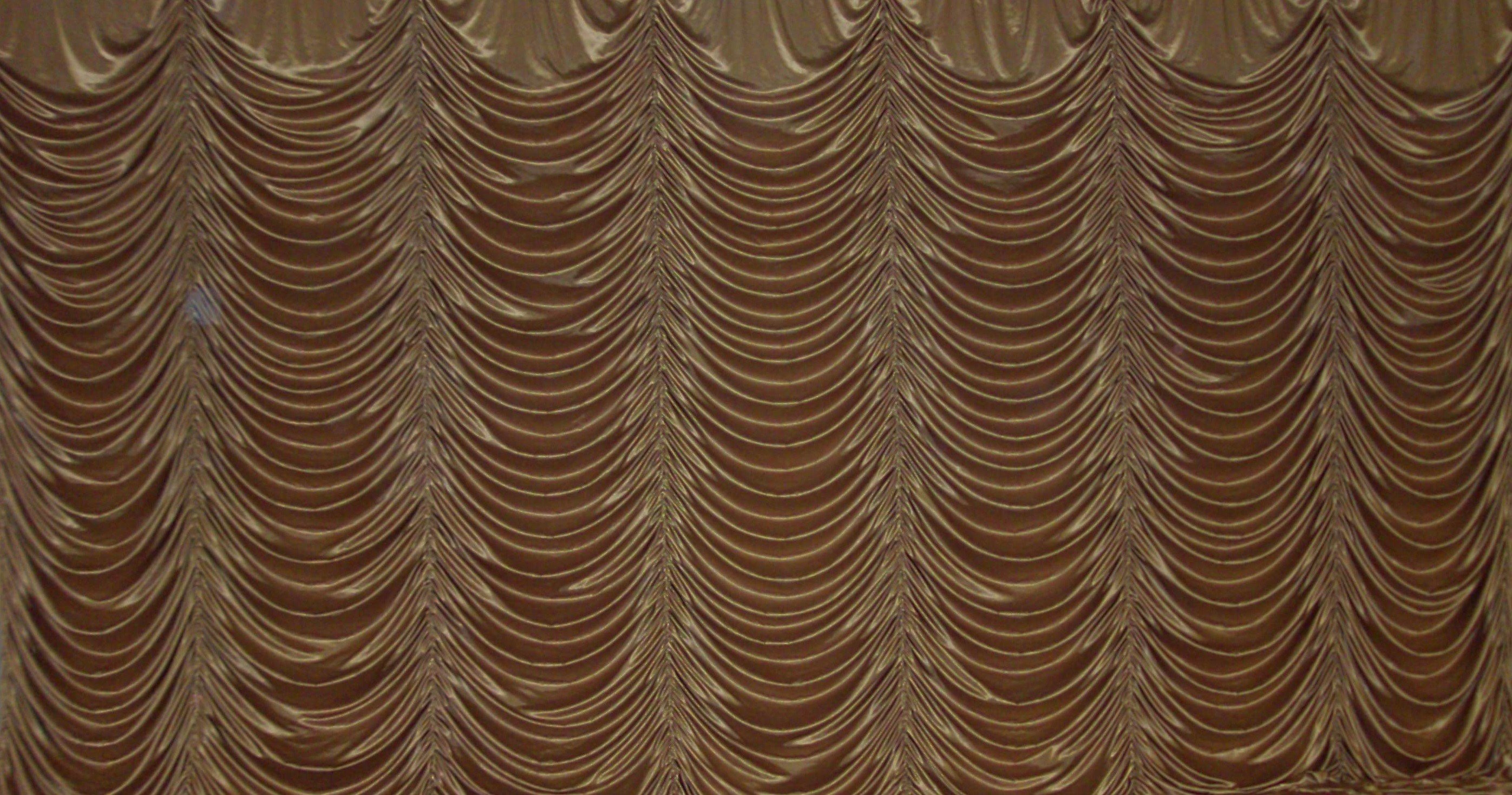 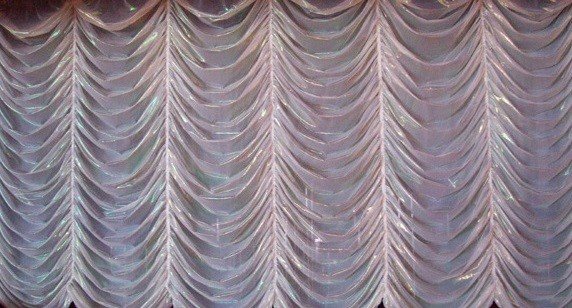 The type of track or rigging required will vary depending on the size of the Contour Curtain, the number of lift lines, and whether a motorized application is preferred. As with a non-operable Austrian Curtain, a Contour Curtain can also be used as a stationery decorative set piece; in that case, since it would not need to open or close, it can be hung from a batten with fixed lift lines.